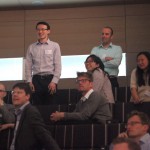 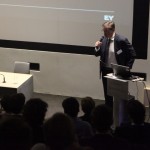 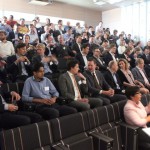 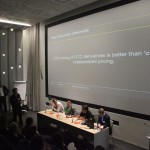 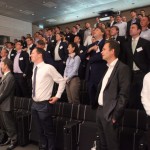 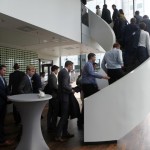 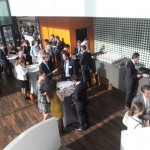 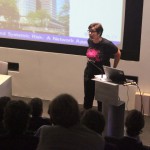 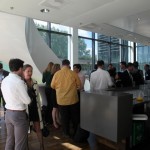 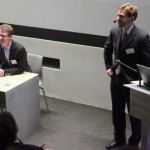 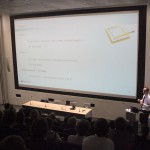 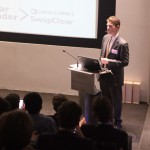 Beyond bilateral – Three perspectives on Central Clearing of OTC derivatives

At least since the credit crunch of 2008, Central Clearing Counterparties (CCPs) have stirred a lot of interest within the financial sector. Opinions often differ between practitioners, researchers, and regulators. Central clearing is nowadays prescribed by several regulators and law-makers as a remedy against counterparty risk, and to promote transparency in derivatives markets. Some critics are concerned that CCPs themselves pose a new systemic risk, others are worried that margin account rules will discourage smaller non-financial companies from executing hedge strategies involving derivatives. No matter whether perceived as a blessing or a burden, central clearing is applicable to a steadily growing number of derivatives transactions. Consequently, quantitative finance professionals need to take it into account in the models they build, and reflect it in the tools they provide to traders and risk managers.

Of course, all this makes central clearing of OTC derivatives a perfect topic for an afternoon seminar. About a hundred financial professionals thought likewise and attended the TopQuants Spring event, held at the EY headquarters in Amsterdam on 26 May 2015.

Martin van Buren (Rabobank), the TopQuants facilitator of the event, started with a warm word of welcome. After that, Diederik Fokkema (EY) welcomed the audience on behalf of the host and sponsor of the Spring event. Diederik also announced that TopQuants had been formally registered as an association with the Chamber of Commerce and presented the association’s board of directors.

The main part of the programme combined three presentations and a panel discussion. Philip Whitehurst (LCH.Clearnet), the first speaker, introduced the topic from the perspective of LCH.Clearnet, an important clearing house for derivatives. He explained which problems CCPs solve and how they do this, namely by “unbundling market risk from credit risk”. He then discussed the concept of the CCP’s resource waterfalls, and how this works to protect the trading parties in a concrete example of an interest rate swap. In his presentation, Philip argued that the much discussed “skin in the game” ought to provide the proper incentives for the CCP, but does not need to provide itself a lot of risk absorption.

The second presentation was given by Svetlana Borovkova (VU Amsterdam, DNB), who talked about Central Clearing and Systemic Risk – A network approach . She argued that the advantages of central clearing were novation and netting as well as increased transparency of OTC markets, but that the transformation of counterparty into liquidity risk was a downside. Svetlana explained how these conclusions could be drawn from network models of financial markets. In such models, she has studied the effects of large yield curve movements as external shocks on the system, investigating in particular the phenomenon of contagion defaults. In some of such network structures resembling real financial markets, Svetlana found that central clearing may reduce total capital losses for the model economy as a whole. However, she warned that this is achieved at the expense of an increased number of contagion defaults in the periphery of the structure, i.e. among relatively smaller and less connected market participants.

In the third talk, Raoul Pietersz (ABN AMRO) explained the contribution of his team of front-office quants to the Default Management Process. Participation in this process, often also referred to as a “fire drill”, is typically compulsory for banks who have interest rate swaps cleared via a CCP. The bank has to bid on the swap portfolio of a hypothetical party gone into default. While this “fire drill” is intended by the CCP to test and improve the reliability of the auction process, anonymised information on value ranges is communicated back to the participants. Raoul Pietersz argued that this feedback loop helps banks by providing a benchmark to test the quality of their internally developed pricing models.

After the three presentations, all speakers participated in the panel discussion. Event attendees could ask questions via text messages, Twitter (@topquants), or verbally. Topics covered in the discussion included derivatives pricing under CCP collateralisation versus the “old” bilateral collateralisation, the possibility of clearing house defaults, and whether governments should step in in such cases.

After the lively panel discussion, all event participants were challenged to play the game “Down-and-Out”, an exciting and entertaining knock-out quiz. Finally, everybody had ample opportunity for informal discussions and networking during a complimentary buffet dinner and drinks session.

– all speakers for their contributions,
– EY for hosting and sponsoring the event,
– all participants for attending.

See you at our next event!