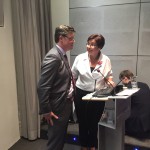 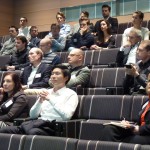 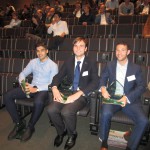 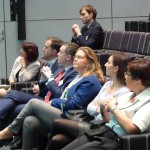 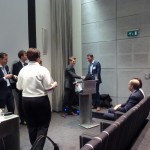 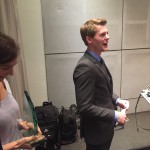 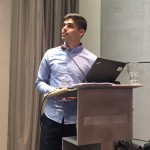 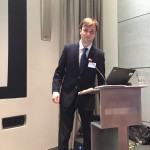 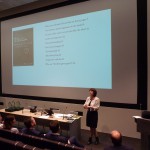 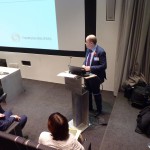 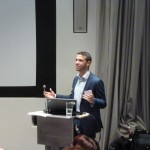 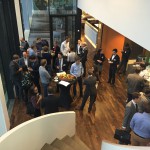 On the 6th of November 2015 TopQuants, in cooperation with EY and Quants@VU, organised the second edition of the Best Quant Finance Thesis Award, with the theme this year being “Quants and Emotions”. The formula was the same as in the previous year. At first candidates had to submit their theses, of which 7 made it to the semi-final. Finally the top 3 competitors were selected to pitch at the symposium for the victory and the title of the best young quant in 2015, in front of the jury and the invited guests.

The event was opened by Diederik Fokkema (EY), the president of TopQuants, and Svetlana Borovkova (Associate Professor at Free University of Amsterdam). Diederik joked that although two of the final three theses were supervised by members of the TopQuants board, there were no further similarities with FIFA.

The growing popularity of the contest (33 submissions this year) was emphasised, as well as very high quality of the theses, which made the choice extremely difficult for the jury – a revote was needed to reach a final conclusion on the candidates that wrote the top three theses. The contestants represented all top Dutch universities with quantitative programs. Also the range of research topics was very wide – from the valuation of exotic options, XVA, credit risk to risk management in pensions as well as financial econometrics.

The opening lecture was given by Nathan Attrell, the head of European Business, Hedge Funds and Proprietary Trading of Thomson Reuters, who spoke about the role of social media, psychology and sentiments in investment decisions. He started with a brief history of Thomson Reuters – a company founded in the fifties of the nineteenth century which offered services in transmitting stock market quotations via a telegraph, and grew to a major multinational mass media and information firm in the world. Further, Nathan explained how analysing social media can lead to successful investment strategies. He gave examples, based on events happening in China or Greece, how one can draw conclusions from the magnitude and tonality of sentiments posted in social media, that could lead to investment decisions. At the same time Nathan pointed out that this is not always as straightforward as it may seem. According to research people have a tendency to overreact to negative news and underreact to positive news, hence an appropriate filtering mechanism should be put in place.

After Nathan’s presentation it was time for the three pitches of the top three contenders. The first one was given by Sina Zolnoor (Royal Bank of Scotland and Free University of Amsterdam, thesis can be found here), whose thesis covered the topic of managing a liquidity portfolio in an optimal way in terms of risks and returns, while meeting regulatory requirements. One of the conclusions was that periphery government bonds play a prominent role within the asset allocation, whereas many banks do not seem to include them in their liquidity portfolios.

He was followed by Nathan Meibergen (EY, TU Delft, thesis can be found here), who investigated the impact of modelling recovery rates on CVA. His model for recovery rates mutually calibrates to both senior and subordinated debt and applies a correlation between default and recovery. Nathan showed that with this model CVA decreases, hence being less conservative than when the usual assumption of a constant recovery is used. As Svetlana mentioned, that’s already two out of three candidates stating that banks are potentially being too conservative.

Marcin Rybacki (Cardano, Tilburg University) gave the final pitch. His research addressed the issue of the principles for benchmark curves construction in the Liability Driven Investment framework, trying to address some of the problems that arise with regulatory discount curves such as the ultimate forward curve.

While the jury, consisting of Hristina Lokvenec-Guleska (NN), Marcus Hemminga (RiskCo), Mary Pieterse-Bloem (APG), Bastiaan Verhoef (Van Lanschot Bankiers) and Roger Lord (Cardano), retreated in order to reach a decision, the final talk was given by Nelly Litvak – a mathematics professor at University of Twente and a bestselling author. She presented her new book “IQ to love” ( (see here or here), where she gives advice to smart and quantitatively-focused men (aka “nerds”) on how to find and keep a relationship. Before kicking off her talk, she asked the audience a few questions. One was whether anyone in the audience wanted to date Katy Perry. The response was very enthusiastic. We have not yet heard if any quant has, after Nelly’s talk, attempted to date Katy Perry, but please let us know if you have. And Katy… you’re more than welcome at our next event!

Nelly explained that the book had a rather mathematical structure, each statement was followed by a theorem and finally a proof. The presentation consisted mainly of the examples and tips from the book and also contained interactions with the audience – volunteers were asked to step forward. The first situation showed that women love to complain and want to receive compassion, and not necessarily look for a road map whereas guys with technical backgrounds tend to be focused on providing solutions. In the second scene quants were asked to describe their job to a girl on a hypothetical date which proved to be more difficult than perhaps anticipated, because, as Nelly pointed out, technical tasks are difficult to explain and might sound boring, so the only solution is to do the homework and come prepared.
The general message of Nelly’s presentation was very positive – intelligent people are sexy, they only need confidence, which they can find after reading the book “IQ to Love”. Confidence is key!

TopQuants takes this opportunity to convey our hearty congratulations to the winners and would like to thank all the participants for making it an interesting event. Further, we would like to extend our gratitude to the two speakers, Nathan Attrell and Nelly Litvak, for taking the time to present to our audience. We look forward to seeing you all at a future TopQuants event!