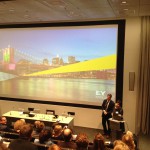 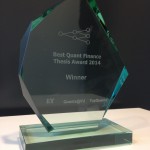 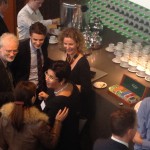 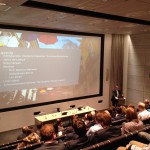 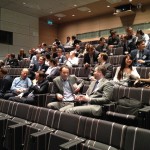 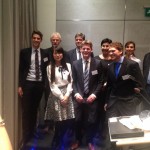 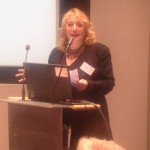 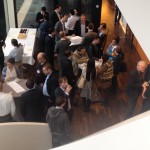 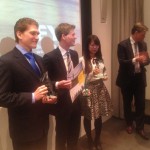 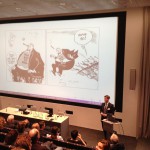 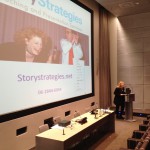 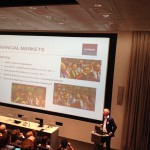 On the 24th of October, the Quant career mini-symposium was jointly conducted by EY, Quants@VU and TopQuants. For the first time in TopQuants history, a Master thesis contest took place in which 31 ex-students were competing against each other. 7 of them made it to the final, and the top 3 were invited to give a 5 minutes ‘elevator pitch’ on his or her thesis during the symposium.

TopQuants committee member, Diederik Fokkema, opened the meeting and Svetlana Borovkova (Associate Professor at Vrije Universiteit Amsterdam) provided the audience with additional background information about the contest. This was followed by a speech by Jerry de Leeuw, CEO at Entrima, the European Institute for Energy Trading & Risk Management. Jerry pointed out the increasing complexity of pricing models and the important requirement  of effective communication between trading, risk and IT personnel. According to Jerry, commodity and energy markets forms the next big challenge for Quants.

The first of the three pitches was given by Rob Sperna Weiland. His thesis was a result of a collaboration between the VU, UvA and Rabobank. He investigated how to estimate the sovereign default probability from sovereign credit default swap premia.  The next contestant was Sebastiaan Borst (TU Delft / Rabobank), who worked on constant maturity swaps (CMS) and CMS (spreads) derivatives.  Lin Zhao (UvA, Tinbergen Institute, Duisenberg School of Finance) gave the last pitch. Lin applied real option theory to the highly complex problem of valuing gas fields. The order of the pitches revealed the preference of the jury. Rob was declared the first winner of the Top Quants Thesis Contest followed by Sebastian (second) and Lin completed the podium.

The closing talk was given by Lisa Lipkin (Founder, Story Strategies) who first provided some comments on the three pitches before giving a captivating talk on the importance of presentation.  The inspiring talks were followed by drinks and networking among the Quant audience.

TopQuants takes this opportunity to convey our hearty congratulations to the competition winners and would like to thank all the participants for making it an interesting event. Further, we would like to extend our note of thanks to the two speakers,  Jerry de Leeuw and Lisa Lipkin for devoting their time to address the event. We look forward to seeing you all in our November 12th 2014 Autumn workshop.