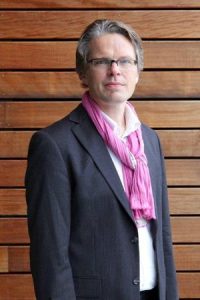 Back to: College Tour on Data Analytics for Professionals

Networks are all around us. Millions of people use the Internet to find a hotel, and Facebook to share experiences in their daily lives. We also use our own social networks to find jobs, and realize ourselves that the economy is one huge network of companies, banks and governments that are intricately intertwined, thus creating large systemic risks. Since two decades, networks have also attracted the attention of scientists. Remarkably, they have discovered that many networks share unexpected features, in that the number of connections between elements in the network vary tremendously, and that such networks are often small worlds, with information, but also diseases, spreading at enormous speeds.

In this lecture, I will discuss the basics of network science. I will discuss empirical findings on real-world networks, and highlight the usefulness of viewing many real-world features in terms of networks by describing the friendship paradox. I will next discuss network statistics as ways to classify them, and introduce centrality or importance measures to nd the central players in networks. I will conclude by discussing networks in economy, and relate so-called systemic risks, arising from companies failing leading to other companies failing, to cascades in networks. While the settings described remain relatively simple, they sketch a picture of why networks are important to all of us. We assume hardly any prior knowledge, except very limited background in basic probability.

Remco van der Hofstad is currently full professor in probability at Eindhoven University of Technology and acting scientific director of Eurandom. Further, he is jointly with Frank den Hollander responsible for the “Random Spatial Structures” Program at Eurandom. You can read more on his website.