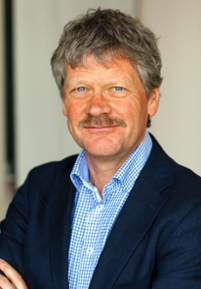 Cars Hommes holds a PhD in Mathematical Economics in 1991 from the University of Groningen and is professor of Economic Dynamics at the University of Amsterdam. In 1998 he obtained a prestigious Pionier-grant from the Netherlands Organization of Scientific Research (NWO) to start the Center for Nonlinear Dynamics in Economics and Finance (CeNDEF), an interdisciplinary research group on complex systems applications in economics and finance. He held visiting positions at University of Wisconsin, Stanford University and New York University.

Cars is particularly well known for his influential work with William Brock (University of Wisconsin, (USA), developing a behavioral theory of heterogeneous expectations and its applications to economics and finance. The CeNDEF group has tested the heterogeneous expectations hypothesis empirical and in laboratory experiments and Cars is one of the pioneers in Experimental Macroeconomics.

Cars has published more than 100 articles in leading journals and book chapters, has been Editor of the Journal of Economic Dynamics and Control 2002-2012 and currently is member of five editorial boards of international journals. He has obtained several grants from the Dutch Science Foundation  (NWO), the European Commission (EC) and is an Institute of New Economic Thinking (INET)  grantee. He is the President Elect of the Society of Computational Economics (SCE), 2014-2016, the author of the recent book Behavioral Rationality and Heterogeneous Expectations in Complex Economic Systems, Cambridge University Press, 2013 and winner of the Distinguished Lorentz Fellowship 2014 in the Netherlands for his interdisciplinary research.