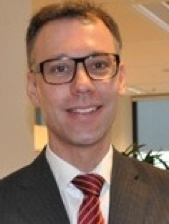 As head of Quantitative Equity and a member of APG’s Developed Market Equities management team, Gerben is responsible for the systematically managed, listed equity portfolios at APG. The investments, on behalf of four Dutch pension funds, exceed €75 billion and include multiple global strategies that are both internally and externally managed. The portfolios are active, long-only and include emerging as well as developed markets. Prior to joining APG in 2010, he was employed by ING Investment Management and Robeco. Gerben earned his Master’s degree in Technical Mathematics from Delft Technical University and his Ph.D. from the Erasmus University Rotterdam. Gerben holds the Chartered Financial Analyst designation. In 2015 Gerben was awarded with a royal honour and appointed as a member of the Order of Oranje-Nassau as one of the youngest decorated people in the Netherlands.